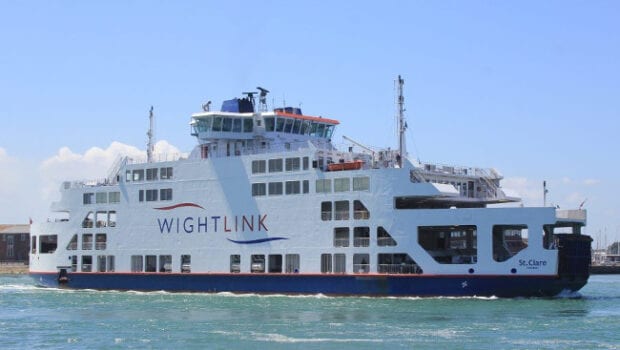 CALMORE ON THIS DAY – May 27th

Well, another planned game last night should have been round 1 of the Border League Cup and Loperwood Park would have been rocking with the visit of Wellow and Plaitford B in round one.  Oh for some cricket to enjoy whilst the sun shines … maybe soon!  Instead we continue to look back on events of yesteryear and, as normal for a Wednesday, it’s another game in the epic 2017 season as we look at May 27th.

Match number four in the famous “Are We Safe Yet?” Championship winning season of 2017 and a tough one too as Bournemouth headed to Loperwood – a side containing seven players who had played for Dorset in the Minor Counties Championship and were also in the frame for promotion back to the Premier Division after four years away.  The visitors elected to bat first and quietly reached 60-1.  Liam Newton was introduced and he removed Nick Park and Luke Matthews in quick succession and then, it was the turn of the spinners to enter the fray – Lavelle taking 3-18 and Rutter 2-20 as 60-1 became 85-8 with Ben Johns’ run out of skipper Chris Park and then became 109 all out.  But, our innings started in much the same fashion and at 40-1, no dramas!  Oh yes, but we are Calmore, aren’t we!!  At 63-6, we needed level heads, sensible batting, still plenty of time and plenty of overs to go, nice and steady, lads.  Paul Proudley hit 32 not out in 33 balls with four fours and a six and with Jack Rutter keeping him company with an unbeaten 24, they saw us to victory with over 12 overs to spare …… ok then, you do it your way!

Now, we all know that we love a trip to the Isle of Wight.  There has been many stories that emanate from trips across the Solent, cricketing or otherwise.  The 2s away game with Shanklin in County 3 South in 2017 is one that is remembered … not necessarily for all the right reasons.  It was a Bank Holiday Saturday and the ferries were busy as you would expect – and we were booked on the ferry, yes?  Oh!  With the only availability being the 11.30am crossing from Portsmouth to Fishbourne for our squad – as foot passengers only – it was left for Chairman Pete Lavelle to transport the team down to the ferry port and someone from the home club would collect us at the other end!  Maybe that is why Shanklin won the toss and put us in although Tom Perry hit 34 and Dave Blake 30 which took us to 88-3 and going fairly well.  We were bowled out for 116.  And Shanklin knocked them off in 24.5 overs with former Calmore man James Lucy helping himself to 60 not out opening the batting (he batted 7, 8, 9, 10 and 11 for us back in 2000-2004) – Paul Henry taking the only wicket to fall, a caught and bowled.  And then we went home …. on the 9.30pm return and Pete was there for our weary travellers!  A long day – for little return!

Time to head back to 2006 and a visit to picturesque Sparsholt in SPCL Division Three.  Winning the toss and batting first, we were bowled out for just 142 in 43.5 overs.  Tom Pegler hit 41 and James Rose 34 being the only scores of note.  Sparsholt had reached 32-1 in 9 overs when rain abandoned the game, saving Sparsholt from almost certain defeat (possibly … not!).  And there was more rain in 2000 when the home game with Havant didn’t start.

Unfortunately, the game in 1995 in the Southern League at Havant Park did take place and we went down by 60 runs.  Ed Welch hit 71, Greg Powell an unbeaten 55 and Paul Gover 47 as the home side made 203-5 in their 50 overs with the bowling honours going to John Shepherd (2-58) and Steve Brandes (2-40) although South African Kurt Donaldson deserves a mention as he bowled 7 overs for just 9 opening up.  Paul Draper (13) and Rob Budd (26) put on 48 for the first wicket but that was pretty much as good as it got and Phil Loat’s 4-53 sent us to 143 all out.

Down at the Old Ground, the 3s faced Michelmersh and Timsbury in a high-scoring Regional Three West encounter.  Tony O’Connor’s 3-43 and Ray Hurst – as the seventh bowler – took 3-47 as the visitors posted 235-8 in their 42 overs – Trevor Hooker grabbing 2-25 late on.  Things didn’t look so good at 99-5 but a brilliant 86-ball 92 with 8 fours and five sixes from Nigel Hill turned the game around.  He received good support from Paul Bowring (21) and Jason Maidment (26*) but it wasn’t quite enough and we lost by 10 runs.

And here it is!  I know he reads these and the day he has, no doubt, been waiting for is here – 27th May 1989 and a County One home clash with Hythe and Dibden.  Skipper Steve Brandes won the toss and elected to bat first and we made hay as Gary Stinson and Bob Wilcocks put on 147 for the first wicket.  Wilcocks was first to go for 52 but Stinson was joined by Rob Budd and they put together 92 – but not before the opener had gone to a sensational 129 from 137 balls with 15 fours and a six.  Budd closed on 50 not out – one of only two occasions in first XI league history where the top 3 have all made 50+.  270-3 was the final total in our 42 overs which was way beyond H&D’s reach as they batted through their 42 for just 118-9.  Cliff Estall took 4-28 and Brandes 3-16.  Maybe a signal of just how dominant we were in this game was that we bowled 15 maidens in our bowling effort while Hythe bowled 0.

In 1978 we had a double header with Compton and Shawford.  The 1s headed to South Winchester and the 2s welcomed their 2s to KGV.  With no bowling limitation, the 1st XI were lethal as Ray Hurst ravaged them with 6-21 and his partner in crime Tufty Taylor took 4-26.  An incredible statistic is that they took 252 wickets between them in the 56 1st XI league games they played together!  Compton were bowled out for just 53 and we knocked it off with ease, Billy Sims (19*) and Paul Hoskins (19) leading the way.  And the 2s completed the double with a big 72-run win as John Ennew scored 82 and Jimmy Gill 37 in our 168-5.  Steve Brandes weighed in with 3-21, C. Parker 2-15 and Steve Lock 2-28 as they only made 96 in reply.

Our last one today comes in 1960 and Round One of the County Ground Knock Out with us at home to Romsey.  This was also an eight-ball over 16-overs contest and we made 117-9 with Stan Piper hitting 42 and Roy Matthews an unbeaten 23 at the end batting at 10 – John Pottenger taking 4-41 and John Bungay 3-73.  Romsey didn’t really come close, being bowled out for 73 as Vic Loveless grabbed 4-32 and M.A. Piper 4-35.  Our hopes of progressing further ended in Round 2 with a 7-wicket loss to Hyde Ramblers at the old Northlands Road ground a couple of weeks later.