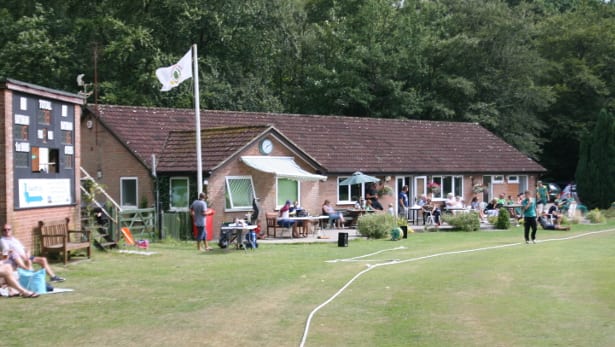 It is with great sadness that the club has learnt of the passing of former player Jimmy Gill, following a long illness, on Friday November 13th.  He was 72 years old.

Jimmy, a fine all-rounder, played 87 first XI games for the club from 1974 through to 1994 but he played for some 30 years for Calmore Sports after joining the club from Langley Manor in 1971.

In the first XI, he scored 1,331 runs at an average of 19.57 – more than acceptable given he batted in every position from number one to number eight, most regularly in the middle order.  And he was a decent right-arm seam bowler as well, occasionally asked to open the bowling.  His spells earned him nine wickets.

But it was his longevity in playing that set him apart.  Rarely one to turn down a game, he would continue playing right up to 1999, playing for whichever team asked him – be it Sunday Second XI or the third or fourths, he would be there.  In fact, he would hit four of his club centuries in the mid-1990s – the last of which led the thirds to a nine-wicket victory over Ampfield in Regional Three West in 1995, hitting the winning runs to take him to 100 not out, as he and Jamie Winters rattled off the 189-run target in just 27 overs.

Former club President and long time friend Terry Chilcott, who played many games of cricket and football with him, led the tributes.  “I met Jim at the age of about five when we lived close together at Hounsdown.  We went different ways at school and met up again in our late teens when Jim joined Calmore from Langley Manor.

“He was a very good all-rounder.  Although best known for his batting, he was more than a capable seam bowler, opening the seam attack for the first team on a number of occasions.

“He was always great company and we often travelled together to away matches.

“As most will know, Jim was a Police Officer but that didn’t deter him from joining in all the fun and lunacy that went on at the time!

“I will always remember the many great times we shared.  Rest in peace, my friend.”

Club Chairman Pete Lavelle added this thoughts and memories of Jimmy.  “When I joined the club in the early 90s, Jimmy was still playing and I remember playing with him in the fourth XI down the ‘Eric’ and he would always have time to coach the younger players to aid their development and off the field, he was a proper gentleman who was a true Calmore club man.

“The whole club will be saddened to hear of his passing after such a long illness and our thoughts go out to all of his family.”

Writing this tribute to Jimmy for the club website is very sad indeed as I will certainly remember him as one of the real mainstays of the good old days of the Sunday Sunday XI.  You could always rely on Jimmy, whether it was for his runs or his advise, his help or his pure respect for the game, his team mates and the opponents – a trait you would expect of a former policeman.  It was always a joy to play with him and when he was in full flow with the bat, you could sit back and thoroughly enjoy a master of his craft at work.

Calmore Sports Club sends its heartfelt condolences to his wife Jackie, daughters Julia and Sharyn, partners Paul and Terry, the grandchildren and all of their friends at this very sad time.