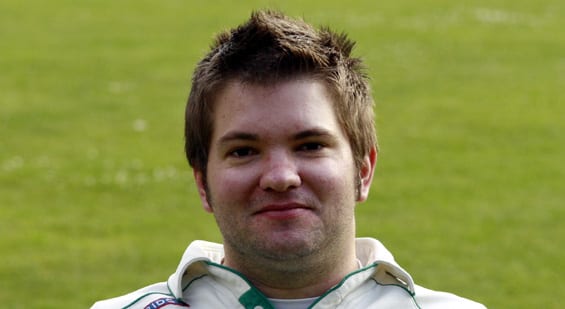 CALMORE ON THIS DAY – June 28th

Today is Sunday.  Another day closer to July 4th – the date that pubs and bars can reopen in England amongst other things.  A date that many a cricketer hoped our great game could start up once more.  At the moment, it remains banned so we must wait to deploy the natural vector of disease.  So sadly, it is back to the memories of days of yore and today is 28th June.

Later today, at 3pm (the start time to the game), there will be one of our special ‘Chat Alongs’ of the SPCL T20 Cup game with South Wilts in 2015 – and a huge thank you to Mark, Callum, Matt, Hibby and Dom for their input.  I know we don’t always feature long and hard matches of defeat, but this one deserved it.  So keep an eye out this afternoon for this one.

The last Saturday league action was a curtailed day all through because of rain in 2014.  The 1st XI made the short trip to Romsey Sports Centre to play Old Tauntonians and Romsey and the home side were 152-7 when the game was washed out.  An economical spell of 10-5-13-0 from Daniel Croft tied down the early play which allowed Mark Lavelle to come on and take 3-49 and a wicket each for Matt Maiden, Mike West and James Rose kept them under control despite Peter Newman’s 43.

Sarisbury 3s had faced 30 overs at Loperwood – of which 11 had been maidens – in the 3 South game against the 2s and had reached 74-3 when the heavens opened.  Allan Hurst grabbed 2-12 and Paul Proudley 1-21 as the visitors struggled, particularly opening batsman Tom Farley who had held on for 22 not out in 88 balls!  And it was a local derby for the 3s up against Totton and Eling 3s and they were 76-4 at Bartley as Ryan Lomax claimed 2-15.  The rain came.

This wasn’t the first time that this particular player had played against Calmore but it is the one that is most remembered – because it was brief and it would be typical of what would come in his Loperwood career!  It was a County One match against Alton 2s in 2008 and opening the batting with William Davies was a 37-year-old Australian, fresh outta Cadnam, called Darren Vann.  He would be first to go for just 7 – trying to drive on the up over cover where Pete Clark would pull of a stunning one-handed effort off Roy Walton.  The left-armer would pick up 2-29 but it was the spinners who did the most damage, especially James Rose with 5-36 and Darren Challis 2-13 which removed the visitors for 134.  Ben Perry’s 92-ball unbeaten 40 was the mainstay with Nick Coe’s 22 and Tom Pegler 28 helping out in the five wicket success.  Two seasons later, Mr. Vann would become our first XI captain – but he would be reminded of this dismissal for a while!

Oh joy … it’s another reference to a ‘Time Game’ although I don’t think we got that memo ahead of this game at home to Andover in 2003 – either that or we just wanted to get on with it.  Captain Tom Pegler won the toss and batted first and his openers, Martin Bushell and Gary Stinson, gave us a decent enough start with 30 on the board.  When Bushell was dismissed for 11, we were 30-1.  When Stinson went for 33, we were 74-7.  A belligerent 37 from Dave Rouse and 15 for Charlie Freeston did at least give us a fighting chance with 128 all out in 35.5 of a possible 66 overs!  Andover took their time in chasing the runs down with Toby Radford (22) and Roger Miller leading the way but they did slip to 112-7 opening up possibilities of a surprise win but Miller’s unbeaten 45 ensured there was no such mishap.

We always seemed to quite enjoy a Cup competition and, in 1993, a commanding performance in the New Forest President’s Cup semi-final would book our place in the local showpiece as we thrashed Bashley (Rydal) by 31 runs.  An opening stand of 99 from Paul Draper and Rob Budd set the tone and when Draper went for 33, in stepped Dominic Newman to blast two fours and two sixes in a trademark 17-ball unbeaten 32.  Budd made 58 not out as the Bashley bowlers struggled to find a way through – our total of 135-1 in 18 overs more than decent.  The home side were always behind the clock when they crashed to 56-5 as first Newman (1-19) and then mainly Draper (3-18) sliced through.  A resilient 28 not out from Martin Herbert and 18 from Whitlock at least made the score respectable at 104-6 but they were well beaten.  Romsey away was our reward!

There was a need for a quick bounce back after the Hungerford defeat of seven days previously and Bob Wilcock’s side got it with a superb 86 runs victory up at Liphook and Ripsley in the 1986 County One.  Although the captain went early when we batted first, a 139-run stand between Jimmy Gill (82*) and Rob Budd (75) kept the board ticking over and aided us to 209-4.  The bowlers didn’t hold back with Tufty Taylor (3-48), David Barnes (3-30) and Steve Brandes (3-15) doing the spadework to dismiss L&R for just 123 and put us firmly back on track.

The margin of victory was pretty similar for the 2s in their home game with Longparish 2s in South West 1.  Mark Hardy smashed 40 in an opening stand of 64 with Graham Love (26) before John Ennew with 23, Reg Morrell 24 and Ben Lyon a quickfire 30 drove the total to 174-8.  The visitors had little response to Pete Tudberry’s early burst of 3-30 and then Ron Merritt capitalised in taking 5-25 to rush them out for just 87 and seal an 87-run success.

Unfortunately, the 3s and 4s both suffered six wicket losses in the respective New Forest League games.  David Lock cracked 84 and Gavin Hopgood 34 as the thirds posted a more than satisfactory 182-7 down at the Old Ground against Pylewell Park in Forest 2.  With five overs to spare, the visitors knocked them off despite Maurice Geary’s 3-63 and Richard Bailey bowling his eight over for 1-20.  The 4s were at Lymington 3s in Forest 4 and while R. Wells made 60 at the top of the order, he received very little support, save for Graham Winters’ 15 as we were bowled out for just 97.  Two wickets each for the dependable opening pair of Iain Bowring (2-31) and Phil Wilkins (2-33) wasn’t enough to save us from defeat.

Back in 1980, both the 2s home game against Hale in South West 1 and the 3s trip to Cadnam 2s in New Forest 3 were abandoned without a ball bowled, but it seems that the wet weather didn’t affect the eastern side of the county as the 1s got a full game in at Fareham in County One – and this is a unique one as it is the only full game in Ray Hurst’s 89 games where he didn’t have a bowl!  Paul Hoskins hit 42, Billy Sims 26 and Tony Archer 22 as we inched our way to 131-8 in our 42 overs.  Ray wasn’t really needed with Ron Merritt taking 5-44 and Tufty Taylor 2-16 as the home side were removed for 103 – a much needed win after the narrow Hungerford loss the previous week.

As has been mentioned, we were a season later to the Hampshire League party in 1973 and, having torn through the league in 1974, we were in County 2 in 1975 which was proving to be a little tougher but we secured our fifth win in seven with an impressive 48 runs success over Waterlooville at the KGV.  A third wicket stand of 106 between Paul Hoskins (60) and Terry Chilcott (67) and some late order hitting from captain Roy Matthews (33) took us to 190 all out off the last ball of our 42 – Jowett taking 7-78 for the visitors.  Waterlooville found themselves 88-7 before Loveman (26) and Dodsworth (26) did push them to 142 all out as Ben Lyon (3-27) and Chilcott’s 8-3-7-3 did for the East Hampshire side.

Let’s close with this today because, for the first time in these ‘On This Day’ editions, we have some silverware as Terry Chilcott’s side lifted the Southampton Sports Centre Knock Out trophy in 1983 with a 39-run victory over Shirley Warren … at the Sports Centre (where else?!).  At 87-5 and all of the top six scoring between 8 and 18, it needed some brute force to drive the score and it was Ray Hurst who provided it with 45 not out featuring five fours and two sixes which took us to 140-6 in 23.3 overs innings closed.  The Warreners used just two bowlers – Read who took 3-45 and Rousell 3-83.  The local side were blown away by Tufty Taylor’s 5-11 in eight overs and Steve Brandes (2-36) and when Dave Maiden – yes, Matt’s Dad again – was dismissed at 51-7, the game was gone.  Read (34) and Rousell (16) did show some resistance but they were bowled out for 101 as Richard Rogers (2-23) and Ray Hurst (1-18) shut the game down.  And a trophy in the cabinet … there are more to come!