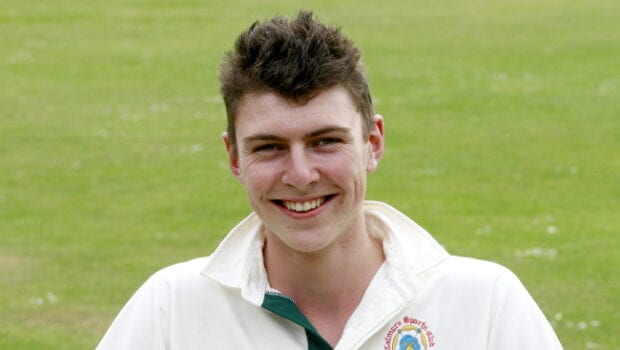 CALMORE ON THIS DAY – June 27th

Game Day Saturday arrives.  And after temperatures of 30 plus for a couple of days, maybe it shouldn’t come as a surprise that the heavy overnight rains would have probably curtailed today’s scheduled, normal world, cricket action.  Today should have been the mid point of the season with the 1s welcoming Rowledge to Loperwood Park in SPCL Division One, the 2s had a trip to Mudeford in County 3 South, the 3s were heading to Bishop’s Waltham 3s and the 4s had Waltham’s 4s down at the Old Ground.  So far, our season continues to be a disappointing, frustrating blank as cricket is still seen as a danger to controlling the virus – but 500,000 people on Bournemouth’s beaches isn’t?!?

Anyway ….. today is 27th June and here is the latest edition of Calmore Sports “On This Day”.

The 1st XI were at home in SPCL Division 1 in 2015 and this was another of those games which would have left many scratching their heads in disbelief at what had just transpired.  The visitors were Basingstoke and North Hants and they would head back up the M3 with a sizable 77-run win – a third successive defeat chasing and fifth in six batting second.  But should the North Hampshire men have got as many as 202-9?  At 112-6 and 131-7, it probably should have been no after excellent spells from James Rose (2-16) and a wicket apiece from Steve Wright and Daniel Croft. But a stand of 65 for the eight wicket between Bradley Neal (31) and Chris Chandler (38) lifted them over the 200 mark despite Mark Lavelle’s 2-44 and Mike West claiming 3-48.  Our reply was ticking along although Mark Lavelle’s 25 was the highest of the scores.  At 102-3, we were well placed.  That was until Matthew Thankachan came on.  7.3 overs and 3 maidens later and he would collect the remarkable figures of 7 for 6 to send us to 125 all out and seventh defeat of the season.

Sadly, it wasn’t a great evening at the club with the 2s returning from their seaside visit to Portsmouth 2s in County 3 South with a 44-run loss despite a couple of decent all-round performances from two players in particular.  The home side chose to bat first and racked up 235-9 despite Paul Henry’s trademark four wicket haul of 4-40 and Ben Perry 3-54.  Perry then made 44 and with Michael Cook hitting 27 gave us a chance.  But wickets fell all too readily and Henry’s 24-ball 25 did show some late on resistance but we were well behind the rate.

And it was one of our own that put the boot in the 3s trip in Regional Two West to Nomansland.  Sam Dempster’s wrecking spell of 5-36 with the new ball tore through our top order, reducing us to 62-7 at one point.  A strong rearguard from Tom Pattison, who hit 53 was aided by Marc Gilmore with 19 and Calum Bailey’s unbeaten 21 which did raise us to 174 all out and definitely something to bowl at.  The home side got off to a good start with Gary Loveless (23) and Dempster (19) before Storm Anning and ‘TPat’ started making inroads.  Anning closed with 3-54 and Pattison 4-58 as Nomansland started to flounder in the chase.  A couple of wickets for Kaine Stanton helped the cause but taking the tenth wicket was proving to be a problem – and we didn’t get it as James Mason (20*) and Ben Westhead (5*) grabbed the one-wicket win.

Thank goodness for Nigel Hill down the Old Ground … again!  His sensational undefeated 101, along with an impressive 32 from Matthew Crowe at number 10, made sure we posted a sizable first innings total of 210 as only Mark Stanton and Callum Kitcher made double figures otherwise.  The 10-men of Michelmersh and Timsbury 3s were cut down for just 100 as all the bowlers got involved, Kitcher (2-13) and Oliver Lysandrides (2-26) to the fore.

In the season we would be promoted back to the Southern Premier League, this match was something of a surprise in the scheme of things – the 2009 County One trip to Bedhampton.  With six wins and just one defeat all season for James Rose’s side, this crushing 73-run loss was certainly not in the script.  The home side chose to bat first and went to 305-3 in their 50 overs with skipper Clark going to a 139-ball 102 and he was well supported by Gardner’s 71 and 64 not out in just 52 balls from keeper Fenn.  Our seven man bowling attack just had little answer with a wicket each for Luke Johnson, Keith Woodhall and Michael Cook.  A third wicket stand of 129 between Paul Cass and Steve Dunn did give us some positivity and Rose’s 43 in 28 balls continued that momentum but we continued to lose wickets and would be eventually bowled out for 232.

The 2s home win over Hyde in Regional 1 South was much down to a superb all-round display from Darren Challis, who was central to the 71 run success for Mike Cotton’s outfit.  Challis made 72 opening the batting and, aided by Paul Henry’s 41 and Dave Wilson with 20, directed us to 193-6.  A couple of wickets each for Mark Gardner (2-28) and Henry (2-43) did for the top order before Challis would remove the middle with 4-18 in five overs and skittle the Foresters for 122.

And the 3s would head back from their trip to the coast with Tom Perry and Daniel Croft inspired 128 run success over Milford-on-Sea 2s in Regional 3 South-West.  Perry’s 83 not out with 14 fours plus 32 from Joe Perris took us to 200-5 which would prove to be well beyond the home side once Croft had destroyed the top order with 10-6-10-5 and Tom Perris closing the innings out at just 72 with 3-9 late on.

In 1999, we had another Cross Solent League game away at Southsea and having won our last couple of games in the competition, we were up there in the 12-team division.  Skipper Gregg Lewis made 50 and Clive Surry 39 (out, amazingly!) as we made our way to 158-7 in our 40 overs.  Much was reliant on Hampshire batsman Lawrence Prittipaul in the Southsea reply and he made 39 before becoming Tim Lumsden’s first of three dismissals (3-26) which then opened the door and he and James Hibberd (2-20) charged through it.  Two wickets in an over for Surry (2-1) sank the hosts for 115 and we would wrap up a 43-run success.

Our back to back wins over Longparish and Bournemouth in the early part of the Southern League season in 1992 were becoming a distant memory as we welcomed Hungerford and they would take away a 21-run win.  Alan Walker’s 3-48 was the beacon of our bowling effort as Steve Wyatt (47), Jason Laney (74) and Steve Mills (63*) led the visitors to 205-6 but, once again, there were plenty of starts but no substantial score with skipper Chris Garrett’s 38 the top score ahead of Stuart Bailey (32), Paul Draper (28) and Tom Pegler (24) as Adrian Holdway took 7-57.

After the lengthy week of cricket in the various competitions as has been mentioned through the previous editions, it was back to Saturday league action in County One in 1981.  With four wins during the week, Martin Newman’s side were on a high albeit probably a bit weary from their back-to-back-to-back cricketing exploits.  It didn’t stop them from winning – narrowly – this match with Fareham in an, as you would expect in the first year of cricket at Loperwood, a low scoring classic!  The visitors batted first and would struggle to 110-8 in their 42 overs as Ray Hurst, as per normal, bowled his 21 overs for 3-51 and had Steve Brandes (3-32) and Ron Merritt (2-23) bowl the other 21 from the other end.  An opening stand of 53 from Billy Sims (32) and Bob Wilcocks (21) gave us a great platform but Cannon (5-35) and Thompson (3-24) sent us crashing to 85-8.  It was time for Ray Hurst the batsman as he made 14 not out and guided us to a one-wicket win.

The 2s came unstuck at Bishopstone, to the south-west of Salisbury, in South West One.  Stan Piper made 29, Bob Dickinson 22 and Graeme Love 21 but we sank from 75-2 to 100 all out against Newman’s 6-27.  Number 3 batsman Mattocks cracked 56 not out as they romped home by 7 wickets.  The 3s stormed to a stunning victory over Pennington 2s down in New Forest 3.  Pete Wakeford claimed 5-54 and Steve Thomas 4-10 removed the home side for just 99, a target that was knocked off without loss with John Ennew (56*) and Frank Stuttard (37*) took just 27.2 overs to seal the 10 wicket success.

Today’s closer comes from the semi-final of the Hector Young Knock Out in 1978 was held at the KGV Ground where we received All Saints for this Southampton Parks encounter and we would comfortably book our place in the Final, winning by 57 runs.  Ben Lyon with 38, Bob Wilcocks 36 and Terry Chilcott 22 eased us to 126-4 with Tony Sims taking 2-60 in his full 10 over lot.  The All Saints side could get close against Michael Newman (2-16) and Ron Merritt (2-6) as they were stopped at 69-5.