CAL-NO-MORE AS HE LEAVES FOR MIDDLE EASTERN ADVENTURE 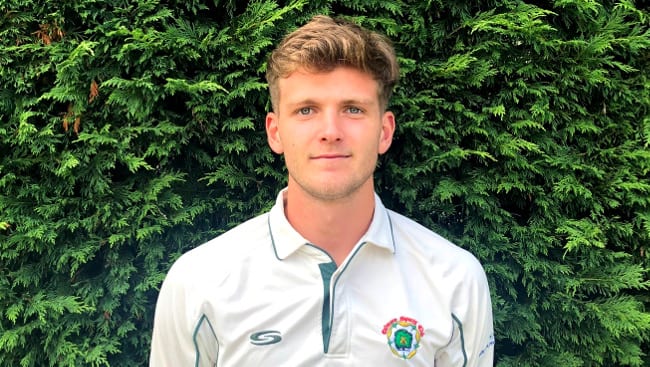 The club will be saying farewell with a very heavy heart this afternoon (Friday) to a popular young man at Calmore Sports but send him off with good wishes aplenty.

Callum Stanton will be departing the UK and heading to Dubai to further his already budding footballing career with Dubai City FC in the United Arab Emirates, signing a three-year contract with the UAE 2nd Division League club.  22-year-old Callum, who has been playing at the club since 2010 and played multiple games across all four teams, leaves the club with some ringing endorsements.

A former AFC Bournemouth goalkeeper, who signed a professional contract with the Cherries in 2016, he was in hot demand when he was released from his playing contract but signed for Guernsey FC, becoming as popular a ‘Green Lion’ and he is in the Calmore Green.  He would make 94 appearances for the Channel Islanders, flying out for every single home game courtesy of his sponsors, Blue Islands.

But often, he would have his cricket bag in the back of the car in case he was able to head off early on a Saturday afternoon and get back to the club in time to take off his training kit and throw on his whites – regardless of where the game was.

As club captain Mark Lavelle stated, “he is one of those lads that doesn’t care whether he’s playing in the 1s or the 4s, he enjoyed it all the same.”  23 games in the fourth XI, nine in the thirds, 19 in the seconds and, in 2018, earned himself his first XI cap, becoming Calmore SPCL player number 128 when he played at home to Andover in the Southern Premier League for the reigning champions, bares that out.

An enormously likable person, who joined his father Mark, mother Elaine (who plays in our W10 team) and brother Kaine in the Calmore ranks, Callum heads out to Dubai on Friday after a whirlwind few days following a telephone call with a former Bournemouth colleague who coaches Dubai’s first XI.

“One of the guys I worked with at Bournemouth is coaching out there and mentioned something to me about eight months ago,” he said.  “I didn’t hear anything more after that but he called me last week to say that they were keen to have me over there.

“It was a tough decision as I am currently the Lead Academy Coach for Bournemouth, coaching players from ages 9 to 18.  I was just out of contract with them so it was deciding whether to sign a new contract, do the same job again and also carry on playing for Guernsey or take up this opportunity to do something new in a new environment.

“I am young and this was an opportunity that I couldn’t really turn down so it has been a bit hectic over the last week, sorting everything out and saying goodbye to everyone.  But I am really looking forward to it, travelling over there to be a player and coach for a really good, progressive club.”

Captain Mark Lavelle is sad to see Callum going but wished him every success.  “Cal is going to be sorely missed.  In recent years he has been around the 1st XI and has been a ball of energy whether it be fielding, keeping or getting stumped trying to hit it miles!

“He is brilliant to have around the club, not only as a sportsman but as a bloke you won’t have the pleasure of meeting many better!  It’s an unbelievable opportunity for him out in Dubai and one that I hope is highly successful.

“He deserves his chance at a higher level in football.  He works tirelessly as a player and a coach and on behalf of all at the club I wish him every success, I have no doubt he will smash it over there and I look forward to travelling out for a free holiday and to watch him play.”

Ryan Lomax, who joined Callum moving over from local rivals Totton and Eling some ten years ago, also wished him well.  “We both moved over from T&E and have played across the 4s, 3s and 2s together.  Callum is a great laugh on and off the pitch and will be missed when he moves to Dubai.”

And his former Under 19 captain and good mate Matt Taylor is particularly sad to see his friend heading abroad but knows this is a massive opportunity for him.  “I have played with Cal since I moved to Calmore at age 12.  He’s an absolute pleasure to play with and captain all through colts cricket and then into seniors.  His natural ability to hit the ball for six so effortlessly will be remembered by everyone at the club.

“But he is an unbelievable bloke.  Good luck in Dubai, spud,  There is only one Stanton!!!”

Naturally, he will pop back from time to time to visit but thinks that his cricketing days might be a thing of the past …. although “I might take my pads out there and get the odd game, you never know.  The IPL is on out there soon so hopefully I will get to see some of that, if they let people into the grounds.”  So cricket won’t be lost to him completely.

Everyone at Calmore Sports wishes you well, Callum.  A hugely popular person, hard working and committed, it is guaranteed that he will be a success in the Middle East.  Their gain is very much our loss and he will be very much missed around Loperwood Park. 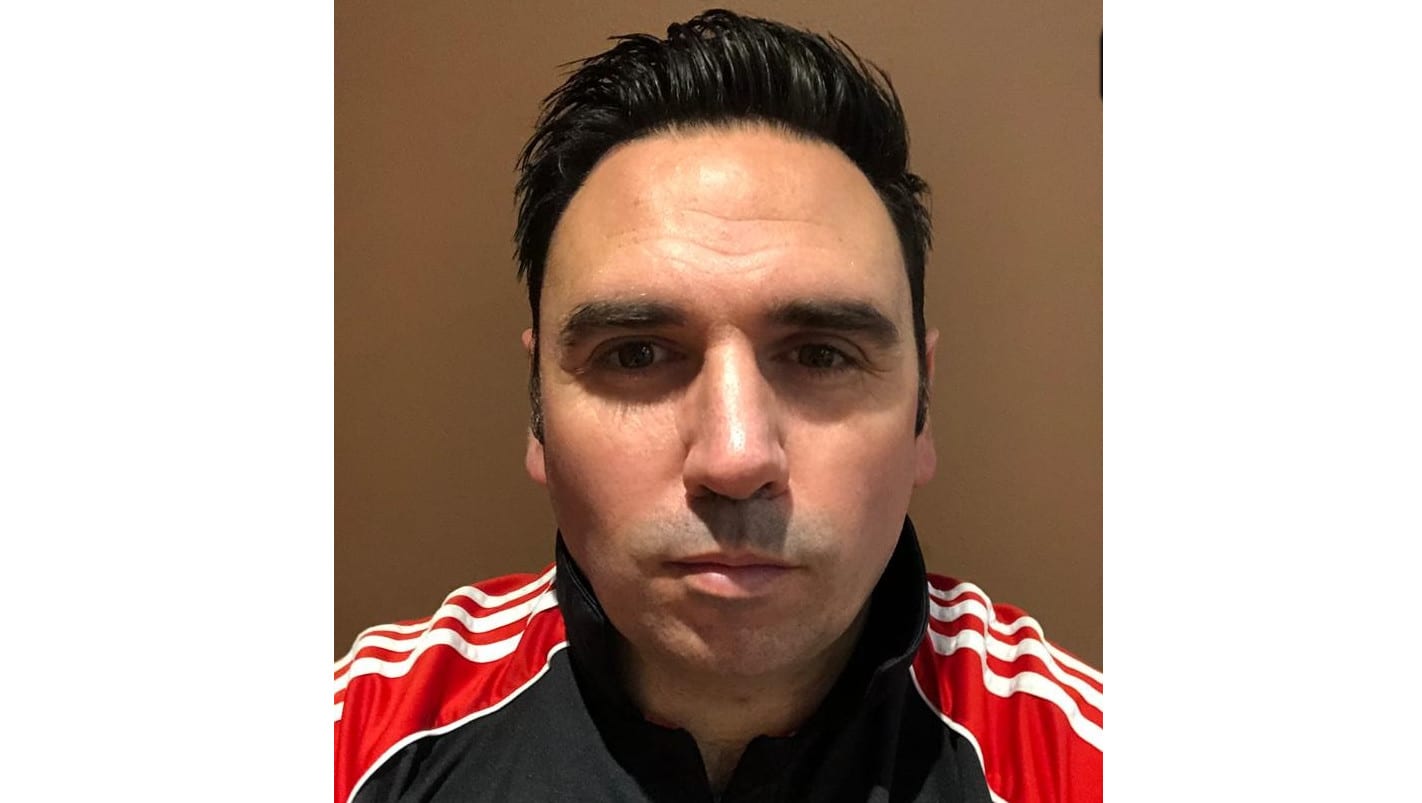 WHO KNOCKS DAMIAN SHIRAZI OVER FOR FUN! 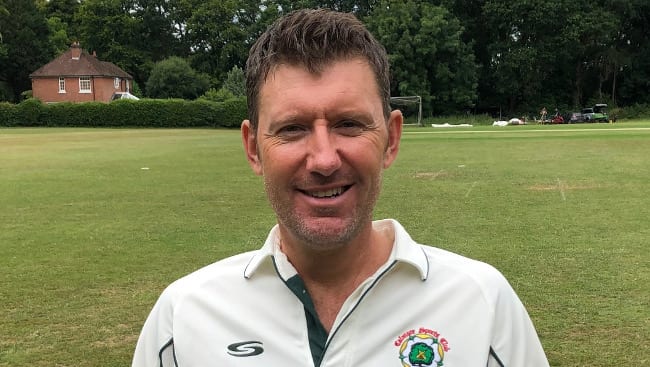 THE HOLDER OF A CD1 RECORD FOR JUST 7 DAYS 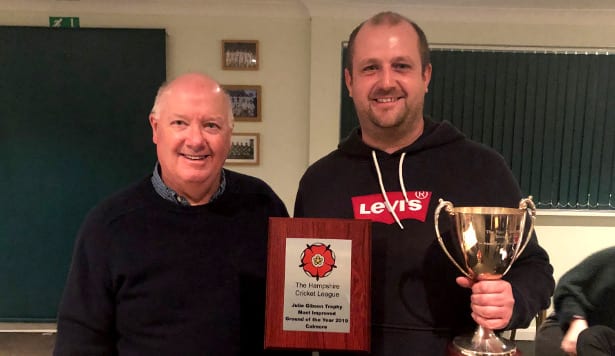 WHY I WILL NEVER FORGET THAT SERVICES WIN! 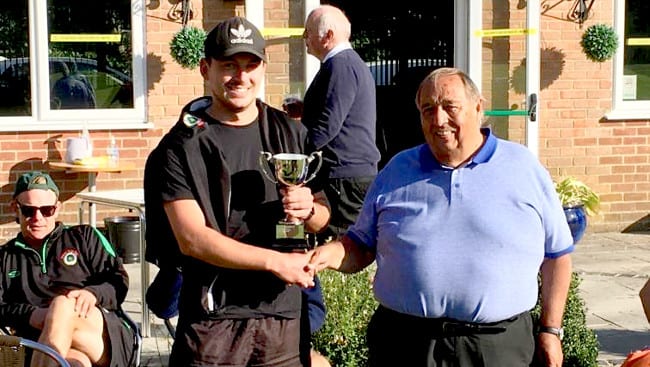