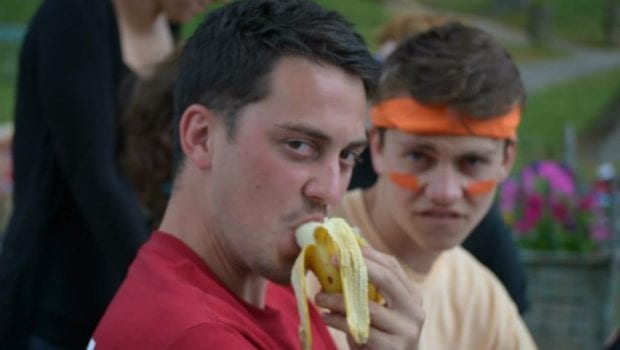 The 2nd XI travelled to Sway knowing that a win would help build serious pressure on those around them in a push towards the top 6 of the Hampshire County 3 table.
Skipper Paul Henry lost the toss with the Sway captain opting to field first on a relatively flat and hard deck due to very overcast conditions early on. An early shower originally halted proceedings but after 20 minutes of rain the covers came off. Openers Tom Perry and Michael Cook got us off to a steady start, before Perry fell for 7 with the score at 15 to a ball popping off a good length.

Cook, however, continued his positive start and aided by Holloway, the scoreboard began to tick nicely once Steadman and Waller had finished their opening spells. In a league where fielding restrictions are not permitted, the field spread early meaning boundaries, on a slow outfield, became harder to come by. In a fairly non eventful first session, Calmore went in at drinks 80-1 after 23 with a solid platform to build and push towards 180 in the second half on the innings.
Shortly after drinks, Calmore looked to push on with wickets in hand. Holloway began by hitting a couple of boundaries off an increasingly agitated Gresham before flashing at a wide one to second slip for 39 off 55 balls. Cook, joined by Woodhall, continued his fine knock after drinks, easing to 50 with a big six over mid wicket. It was all set for a big finish in the final 12 overs before the traditional mini Calmore collapse entered proceedings. With the score stagnated on 108, Woodhall (1), Newton (0) and Cook – a well crafted 57, all fell in the space of 3 deliveries leaving us 108-5. A determined partnership from two U19 players in Donovan and Taylor (16) however, ensured a competitive total was still very achievable thanks to back to back sixes for Donovan in a quickfire 23. Allan Hurst added a late cameo of 21 to help us to 177-9 from our 45 overs recovering brilliantly from 108-5 leaving the game completely in the balance at the interval. Opener David Steadman was the pick of the Sway bowlers with 4-39 from his 10 overs.
The earlier rain meant a slight adjustment to Calmore’s score, with Sway now needing 165 to win from 39 overs. Allan Hurst and Luke Johnson opened up getting us off to a flyer restricting Sway to scoring just 14 from the first 12 overs, leaving them quite comfortably behind the run rate. A devastating spell from Maj picked up two crucial early wickets partnered with Hursty not giving anything away going for an economical 23 from his 10 overs.
Sway gradually managed to get themselves back into the game with a partnership of 79 between captain Alex Hall (53) and Steadman (47) which at one point left Sway needing just 47 to win from the last 8 overs. However an explosive spell from seamer Newton (3/35) removed both Hall and Steadman at vital moments in the chase and Holloway (2-36) tightened the screw with 3 overs for just 5 runs, leaving Sway needing an unlikely 19 from the last over for victory. An early six provided some added drama for some of the 1st and 3rd XI who came to spectate, but Calmore eventually came out victorious by 10 runs.
An excellent result for the second team who will look to use this result to gather some much needed momentum in the weeks to come, beating one of the stronger sides in the league. The side never gave up and even when the opponents looked on for an unlikely comeback victory, the commitment and effort levels from all involved gave the whole side the belief to go on and win the game.