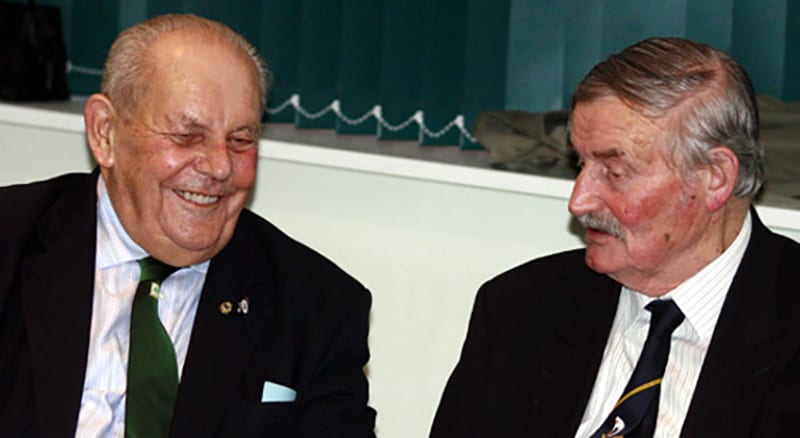 It is with immense sadness that Calmore Sports Club has learnt of the passing of Life Vice President, Mr. Vic W. Loveless, who passed away at the age of 93 last night (Thursday 12th July 2018).

FUNERAL DETAILS: The funeral of Vic Loveless will be held at Bramshaw Church (Judds Hill) on Thursday 26 July 2018 at 12.15pm.

A stalwart of the club for many years, both pre- and post-war, Vic Loveless was Calmore Sports Club.  The club’s secretary for nine years from 1950, he was a good opening batsman who played for the 1st XI and was notoriously difficult to dismiss.

But it was as an administrator that he excelled, setting up the Calmore Wanderers team for those who wanted to enjoy a gentle trot out of a Sunday afternoon and also created the New Forest Club Cricket Association as well as being a staunch supporter of the club.

Former club President Mike Bowring described Vic as an “important member before and after the War years in maintaining efficiency through his years as his role as secretary.”

The tenacity that he showed with the bat continued in later life when he suffered a stroke but his grit and determination ensured that he continued to support and be a valued member of all that he supported.

Club President Steve Brandes led the tributes to Vic – a man he knew well.  “Many of our current members will not have known Vic Loveless, who has sadly passed away at the age of 93 but he was, and remains, a great man of Calmore Sports and of New Forest cricket.

“Vic had been playing for the club for years by the time I joined in 1978 so I never saw him in his prime but I am assured that he was a fine player.  Probably feeling that the demands of league cricket were a step too far, he continued his playing career for many years with Calmore Wanderers, the Sunday side he founded, and which provided a vital outlet for club members and others preferring the gentler pastures of Sunday friendly cricket.

“Vic was one of those whose vision was responsible for the excellent facility which we now enjoy at Loperwood Park and he and a loyal band of volunteers put in the hours of effort which were required to establish the ground you can now see today.

“Vic knew that the club could not flourish without the development of good young players and together with Baz Oram was responsible for the establishment of our Colts set-up – the fruition of which can be seen from the club’s current position.  Our teams participate in four leagues headed by our first XI in Division One of the Southern Premier League and we now run colts sides at all age groups together with a junior All Stars and women’s sections.

“What we see today is both a tribute and a memorial to him.

“In addition to his major contribution to our club and its success, Vic was a leading light in the New Forest Club Cricket Association for whom he was indispensable holding the positions of Chairman and President since he formed the Association himself in 1963.

“For many of us, Vic was Mr Calmore.  We will not see his like again and he will be greatly missed by all who know him.”

Club Chairman Pete Lavelle added his tribute to the Life Vice President.  “It is with much sadness that the club have learned of the passing of Vic,” he said.  “He was well known throughout local cricket for many years and had a true affection for Calmore Sports Club.  He had an incredible knowledge of local cricket and served on many committees, giving his full support for which I am sure he will be sadly missed.”

“The whole club send out condolences to his family.  He was a gentleman of the game and will be sadly missed.  RIP Vic Loveless.”

Mike Bowring, Vic’s successor as club secretary in 1960 and life long friend, is given the final word.  “The New Forest, Calmore Sports Club and cricket in general will be saddened by his passing.  For Vic’s loyality and determination has been uppermost.  God Bless Vic, you have always played a straight bat and given everything to local cricket.  Our thoughts are with the family at this time.”

Calmore Sports Club players will wear black armbands in Vic’s honour during their game against Andover at Loperwood Park tomorrow and will observe a minute’s silence.  The Calmore Sports Club flag will also be lowered to half mast. 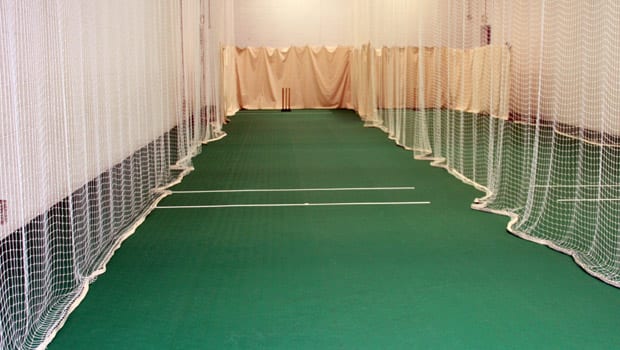 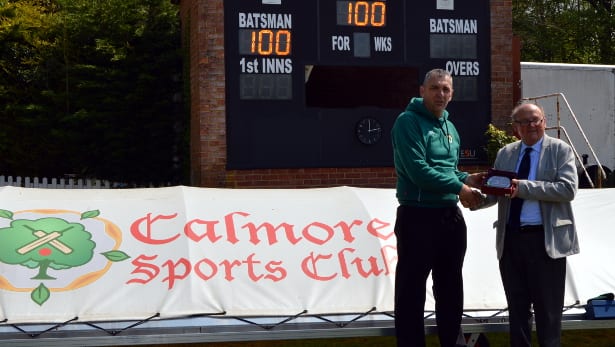 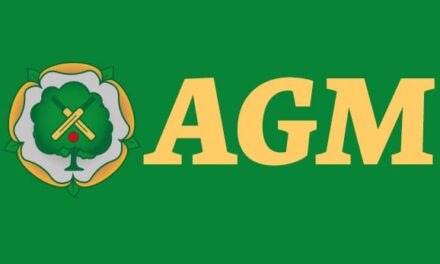 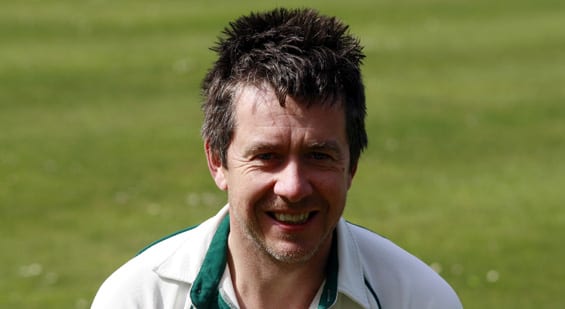 CALMORE ON THIS DAY – July 3rd