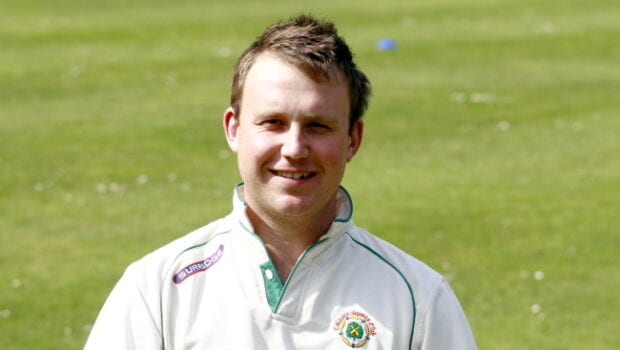 CALMORE ON THIS DAY – June 26th

It’s Friday.  The weekend beckons.  Come on Mr. Johnson – please allow cricket to restart.  The lads and lasses are chomping at the bit to get going!  Tomorrow would have been another fantastic day of cricket to behold – instead we just have to gaze at an empty ground in hope of seeing something soon.  In the meantime, we will continue with our meander down memory lane with events of 26th June.

The 2010 season was our first one back in the Southern League for a third stint and with four wins and one loss, things were looking up.  Our positive record would continue with this thumping 152 run triumph over mid-table Trojans and it was an all-round performance from the team which sealed the huge win.  Choosing to bat first, Michael Wallace continued his fine form with the bat with 63 and with Darren Vann’s 46, 26 each from Paul Cass and Tom Pegler and 34 from Ben Perry took us to 231 all out.  Keith Woodhall (2-18) and Paul Cass (10-6-16-4) worked their magic at the top of the innings, Trojans slashed from 59-3 to 79 all out with Wallace claiming his best figures for the club with 3-18 to wrap up the game.  Five wins and a solitary defeat – surely we couldn’t be challenging for honours again?

It wasn’t such good news from the other games that day.  The 2s were sunk by Woodgreen by 44 runs despite Paul Henry’s 3-31 and Steve Brandes 2-43 although they were not helped by skipper Roy Walton’s back allowing him just a single over – a maiden at that – which left us a bowler light.  Being 13-4 in the chase didn’t help much before Pete Clark’s 33 and Ollie Tull with 25 raised the spirits albeit briefly as we fell for 121.  Joe Perris’ 62 was not enough to prevent the 3s from a 53-run loss at Bransgore 2s after the home side made 228-9 with Allan Provins, Sam Dempster and Tom Perris all claiming a couple of scalps.  We didn’t really get close at 175-8.

Having turned around our disappointing start to the 2004 season with the thumping 151 run victory against Lymington the week before, James Hibberd’s side travelled to Easton and Martyr Worthy with a little bit more of a skip in their step.  And that confidence was well founded as they downed the Winchester side with an even bigger margin – 173 runs this time.  And the runs came from a slightly surprising source as well, a maiden half-century in his 68th first team game from Pete Clark, who made his career best 86.  Mark Archer’s 30 and a hard-hitting unbeaten 44 for James Rose eased the total up to 262-6 despite Steve Green’s 4-74 with the ball and the captain retiring hurt on just 5.  He didn’t have a bowl – he didn’t need to as Charlie Freeston produced a sensational 6-18 in his 12 overs to scythed through the Easton batting line up and helped bowl them out for just 89.  And suddenly, we were on a roll!

With three wins on the bounce making amends for the two season commencing losses, the 1999 campaign was firmly back on the rails with this slightly nervy victory away at Lymington to make it four in a row.  The home side, with three County pros and another player who would play first-class and ListA cricket in the not too distant future, would topple for just 134 against Chris Garrett removing all off the top four including Zac Morris for 0 and Damian Shirazi for 21 on the way to 4-34.  Dave Griffiths top scored with 23 and Hampshire player Nick Makin 21 as they lower order were cut down by the spin of Paul Draper (2-23) and Mark Boston (3-25).  We were in a little bit of trouble at 84-5 as Dan Goldstraw took 4-41 but skipper Paul Draper (69) was still there and with James Rose’s unbeaten 24 ensured we would take the points.

With just one defeat so far in the 1993 season, we welcomed local rivals BAT Sports to Loperwood Park and sent them back down Calmore Road with a thumping seven wicket defeat thanks to just the second occasion in Calmore 1st XI history where two bowlers both claimed a five-wicket haul in the innings – Dominic Newman’s 5-21 removing the top order and Kevin Marshall’s 5-15 cutting the lower order down as the visitors were bowled out for just 119 despite Ian Atkins’ 34 and 20 from Simon Preston.  The chase was a formality as Paul Draper (30), Rob Budd (28), Tom Pegler (25) and Newman (23*) all played their part in knocking off the runs with some ease.

There was also success for the 3rd XI as well away at South Wilts 3s who had a future county professional in their ranks, aged just 15.  Roger Sillence made 22 and Russell 42 and Down 25 stood alone in the hosts’ mediocre total of 129-8 as Dave Morgan took 4-49.  Dan Pearcey (21) and Bob Wilcocks gave the reply the perfect start with 59 on the board but we soon crashed to 76-7 against incredible figures from Parker of 12-7-9-5.  But while former 1st XI captain Wilcocks was still there, we were not done and he found assistance from Paul Grinham (15) and a real blast from the past, Phil Murphy (17*) as he closed 53 not out as we won by two wickets.  The question continues to remain – whatever happened to Phil Murphy?

It was a low scoring thriller at Loperwood in the Border League in 1984 against BAT Sports.  Graham Cooper’s 17 top scored for us as we managed just 74-8 in our 18 overs – in those days, three bowlers were permitted to bowl six overs each so Stedman (2-18), West (2-30) and May (3-15) did just that.  It came down to the last over bowled by Dave Morgan after Ben Lyon had returned 3-17.  And down to the last ball with Simon Preston and West at the crease – but the former was run out and the match ended tied at 74-7.

There was mention of this game a couple of days ago.  It is Round 2 of the Hector Young Knock Out and we were paired against Charendon at Hoglands Park, just two days after beating Freightcare.  It was the fourth Cup match of the week across the club and we would clinch a fourth win as we would run out 44 run victors in this game too.  39 from Frank Gregory and 28 from Michael Newman were the backbone of our 108-8 in 22 overs.  The opponents wouldn’t get anywhere close once Ray Hurst got into his stride and claim 5-26 with Michael Newman assisting with 2-28.  That was Friday night – it was back to County One action the next afternoon.

Much like EastEnders or Coronation Street, the editions of “How did we not win that” are become daily and there is another one which could only be described as criminal, especially as we had been unbeaten throughout the 1976 County Two campaign thus far.  This was an away game at Ringwood.  The home side made a decent start in reaching 34-1 and 48-2 before Ray Hurst and Ben Lyon came on and would decimate the batting line up.  Ray ended with figures of 8-5-9-4 and Ben 4-13 as Ringwood were bowled out for just 68.  When Jimmy Gill hit 20 and Ray Hurst 18, we were happy at 64-4, requiring just five more runs to win.  But … here it comes!!  Jimmy got out, Ray followed a run later and then Tony Archer for 0, Michael Newman for 0, Martin Newman for 0 and last man Chick Chandler for 0.  64-4 had became 65 all out and we would lose our 100% season record, going down by 3 runs.

Thankfully the 2s had a better day at KGV in South West 2 as they beat Hyde Ramblers by 5 wickets.  Dave Snellgrove (3-55) and Pete Wakeford (4-37) helped remove the 10-men Ramblers for 143 but an excellent stand between Frank Stuttard (48) and Bob Dickinson (53*) would ensure we would have no slip ups like the first XI mustered in the Forest!

Today’s last one is this!  It wasn’t only us that were susceptible to a brain fade of a collapse because it happened in the Hector Young Trophy semi-final in 1969 against Trojans down at Hoglands Park.  This was a 20 over game – 20 overs innings, it will never catch on!  Calmore batted first and only made 82-9 with Vic Sevier top scoring with 29 and only Tony Archer’s 12 not out the other double figure score.  Trojans were in total control with Gibbons making 39 at 77-5.  Hold on … Keith Bell’s 4-10 and Michael Newman’s third wicket in his 3-52 would sink the Stoneham Lane outfit for just 80 and we would seal a two run victory.  In four day time, we would meet Old Tauntonians in the final ….. in a classic!