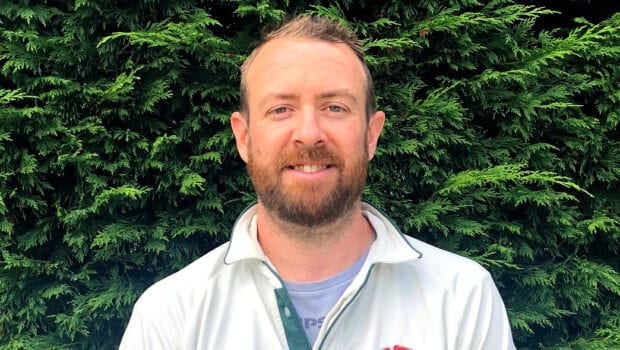 CALMORE ON THIS DAY – July 15th

Wednesday arrives and we are just two days away from the start of the new look Southern Premier League Cup competition when we will welcome Lymington to Loperwood Park for the first time for a ‘league’ game since 2005 – when they racked up 348-8, which is still the highest score ever seen in the 38 year existence of our home ground!  Let’s hope there won’t be a repeat.  And let’s hope there isn’t a repeat of our first entry in the look back at events on this day – 15th July.

There were two teams vying for the title in Southern Premier League Division One in 2017 – Mark Lavelle’s underdogs and everyone else’s favourites for the title, Basingstoke and North Hants.  After this game, the upstarts from Calmore were thought to be put firmly back in their boxes and they would meekly retreat into a mid-table position come the end of August’s promotion picture shake-up.  We won the toss and chose to bat first and many would put Lav’s decision in the same category as Nasser Hussain in Brisbane and Ricky Ponting at Edgbaston as the top seven batsmen managed just two runs between them as former Hampshire quick David Griffiths took 4-27 and Martyn James produced a Wrightesque 10-8-8-5 to send us cartwheeling to 25-9.  One player tried his best to stave off the onslaught and that was Ben Johns who batted for 34 balls before he was seventh man out with the score on 16 – having made just a single!  This was going to be a very early finish and all credibility that we held as title contenders apparently in tatters.  We didn’t fall down quietly though as, making his debut for the club was former South Wilts bowler Dominic Ducellier and he, with the able assistance of Daniel Croft, would put on 85 for the tenth wicket.  Dom would become the first Calmore number 11 to hit a half-century with a blitzed 53-ball 58 while Croft faced 54 balls in his 23 not out as we would scramble to 110 all out.  There was no hurry for the visitors, they took 32.4 overs to knock off the runs three down with captain and another former Hampshire player Mitchell Stokes making 38.  The dream was over …. wasn’t it?

There was a comfortable win for the 2s away at Cadnam with Paul Henry claiming 3-30 and Dave Blake 3-9 as the home side were bowled out at Lamb’s Corner for 157.  Darren Vann came back to his old haunt once again and cracked a 51-ball 48 with eight fours and a six but it was George Woodhall’s classy unbeaten 69 in 115 balls that was the difference as we got home by six wickets with plenty of time to spare.

And it was oh so close for the 3s in their trip to Longparish after Sam Vidler (3-20) and Nigel Hill (3-43) had held the home side to 145 and we had got off to a great start with Mitch Parker hitting 20, Mike Cotton 22 and Hill 36.  But regular dismissals hampered our cause and it was left to Tom Pattison and Harry Morgan to see the job home but an excellent final over from the hosts would leave us just one run short of victory at 144-9.

Other games today – will just give a brief summary:

Toils of 2006 went on with a 31 run defeat at Fair Oak and the 2s were chastened at Ropley by 8 wickets having scored 209, saw the hosts chase it down in 26.1 overs as Andrew Walker smacked 120 not out in 83 balls against an attack of Johnson, Dunn, Stinson, Hargreaves, Wilson and Richard!

County One winning season in 1989 and a crucial win over Bashley (Rydal) by just 5 runs with Stuart Bailey’s 61 and Gary Stinson with 36 took us to 197-6, which was just about enough with Cliff Estall taking 2-51 and Steve Brandes 2-40 keeping them out.

The Romsey Advertiser Knock Out Final in 1981 at Romsey Sports Centre would see us bring the trophy home despite Terry Rawlins’ 64 for Ashby.  Ron Merritt took 4-26 and Ray Hurst 1-11 in his four eight-ball overs held them to 101-8 before Paul Hoskins’ 47 and 22 from Billy Sims brought the victory with 12 balls to spare.

A semi-final of the Sydney Wyatt Knock-Out in 1968 and a win over Paultons on neutral territory of Hythe and Dibden.  Michael Newman’s 3-15 restricted the local rivals to 65-8, Stan Piper (31*) and Terry Chilcott (21*) would see this Monday game to a comfortable eight wicket in – ahead of the Final on the Friday.

I have left this one until last – it deserves it!  It is a Southern League game in 1995 and we travelled down to play against United Services (Portsmouth) and, for one particular player, was the first time – and the last – that he would set foot on one of the Royal Navy’s premier sporting facilities where, a few weeks earlier, Paul Terry and Robin Smith both hit centuries for Hampshire in an innings victory over Sussex in the County Championship.  But the legend of what happened 25 years ago today lives long in the memory of everyone that was there and it didn’t make us overly welcome again.  Rob Budd’s side batted first as Martin Kellaway hit 72 in an innings of small contributions from Draper (20), Simon Williams (24) and John Shepherd (18*) as we closed our 50 overs with 209-8.  A sensational spell from Kurt Donaldson tore through the USP top order as he finished with 5-35 and Kevin Marshall took 3-19 as only Tony Izzard’s 44 not out stood out as they were bowled out for just 91 which gave us a 118-run victory.  But that doesn’t really tell the story.  There was one dismissal in particular – Hampshire batsman Jason Laney being caught behind by Kellaway off Graeme Lyon for 6 which was just the start of celebrations which …. well, were typically Gragy but maybe not typical on one of Her Majesty’s Services’ arenas.  I mean, who carries a pair of tights in their cricket bag?!