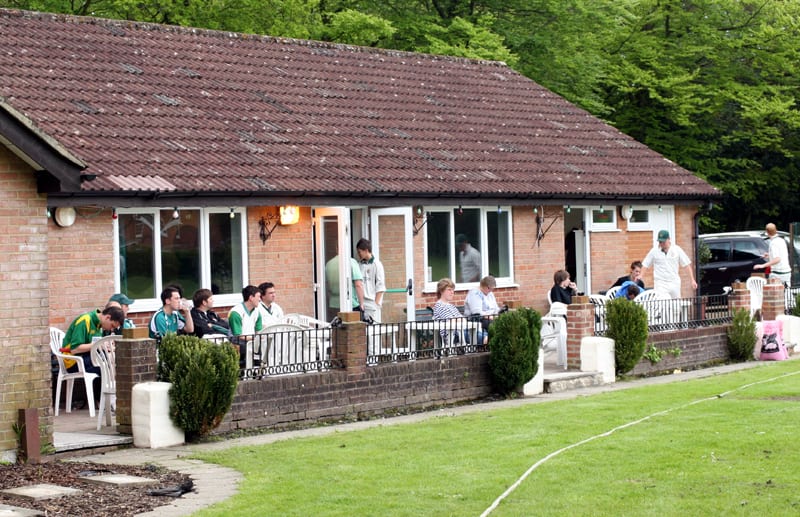 Finally a Saturday with sunshine greeted the 1st XI at Loperwood Park as they played host to the in-form team of SPCL Division 2 Hartley Wintney, a side rejuvenated in recent weeks having won their last four games.  With Loperwood looking in superb condition, skipper Lavelle was again successful at the toss and chose to have first use of the batting friendly conditions.

Openers Tam Goodrich and Matt Hardy were soon into their stride and with some loose deliveries on offer, the pair were finding the boundary on regular occasions, helped by the rapid pace of the outfield which has finally dried out after the deluge of rainfall this season.

Spin was introduced into the attack early by the visitors and despite clearing the ropes on a couple of occasions and taking 16 off the last over of the powerplay, Goodrich (33) tried one big shot too many, dancing past a turning delivery and being stumped well by keeper Hill, leaving Calmore at 74/1 off the first 15 overs.

Ben Johns joined Hardy and despite finding some good form recently, was soon back in the pavilion having been bowled by S. Waddington, collecting his secon wicket of the day.

Aussie Ben Moss joined the now set Matt Hardy and with spin on at both ends and offering good assistance, it was to be a crucial part of the innings.  Hardy soon passed his maiden half century for the 1st team, and Moss, an excellent player of spin, was using his crease and feet well to stay on top of the bowlers.

The pair were now accelerating the score on at a good rate and 140/2 at the 30 over mark meant a score well in advance of 250 was on the cards.

Moss eventually fell for 39 being bowled by Plume attempting a sweep shot.  Still in a good position at 179/3 with 12 overs left, Lavelle came to the crease, and with Hardy now in the nervous 90s and approaching his maiden 1st XI and Southern League 100, the run rate dropped slightly as the pitch was now turning considerably.

Hardy then launched a massive six into the car park landing on the roof of former President Maurice Geary’s car and taking himself to within two, a couple of quick singles saw Matt reach a well-deserved 100 off 137 balls including 12 fours and 3 sixes, his 45-over stay was soon ended being bowled by the returning seam of Batcup.

Lavelle (18) also fell in the same over and with four overs remaining and Calmore at 213/5, the spin of Hartley Wintney had helped slow down the Calmore innings dramatically.  Rose fell very quickly and it was West (8*) and Perry (16*) that gave Calmore late impetuous as they climbed to a maximum points total of 236/6, a score perhaps below where they should have got due to the good death bowling from the visitors.

With runs on the board and no-less than four spinners in the camp, the opening spell of the game was going to be crucial if Calmore were to defend their total.  Steve Wright was his usual economical self, containing the away sides’ openers.  West took the new ball at the other end and bowled well with very little assistance off the pitch to aid him. Tommy Garwood, Wintney’s Aussie import, was doing the bulk of the scoring with some sumptuous drives to the boundary.  However, Calmore reinforced the off side field and Garwood soon kept finding the fielder on every occasion.

At the 10 over mark and the score at 40/0 the game was evenly poised.  Liam Newton came into the attack and struck straight away trapping the vocal Kerr (11) LBW to grab his first ever Southern League wicket.  Wright finished his toiling eight-over spell wicket less but did a fantastic job for the team in only conceding 21 and helping to push the required rate up considerably.

The partnership of Garwood and skipper Plume, fresh on the back of 127 the previous week, was always going to be the important one to break, and with Rose now in the attack, Garwood (38) was brilliantly caught by man of the moment Hardy at long on.

With Hartley now 72/2 at the 20 over mark, spin twins Rose and Lavelle were working in tandem and runs were now at a premium.  The pair took wickets at regular intervals and soon had the visitors rocking at 94/6 with Rose 3/25 and Lavelle 2/24 doing the damage, well supported in the field with Liam Newton in particular taking a stunning one handed catch.

It was now important that Calmore finished the job professionally.  Ben Perry struck with his very first ball and the last recognised Hartley batsman had gone.  However, lower order runs frustrated the Calmore boys as Batcup (18) and Hyde (37) targeted extra batting points to take away with them.  Perry picked up another wicket before West and Newton came back into the attack to clean up the tail and dismiss Hartley for 168 in 46 overs.

With the bowlers sharing the wickets and a great fielding performance from all the boys, Calmore secured a maximum 22 points victory and jumped to second in the table ahead of another testing game away at Sparsholt next weekend.  Seven games to go and in a strong position in the table, the end of season push is upon us, taking it one game at a time!! 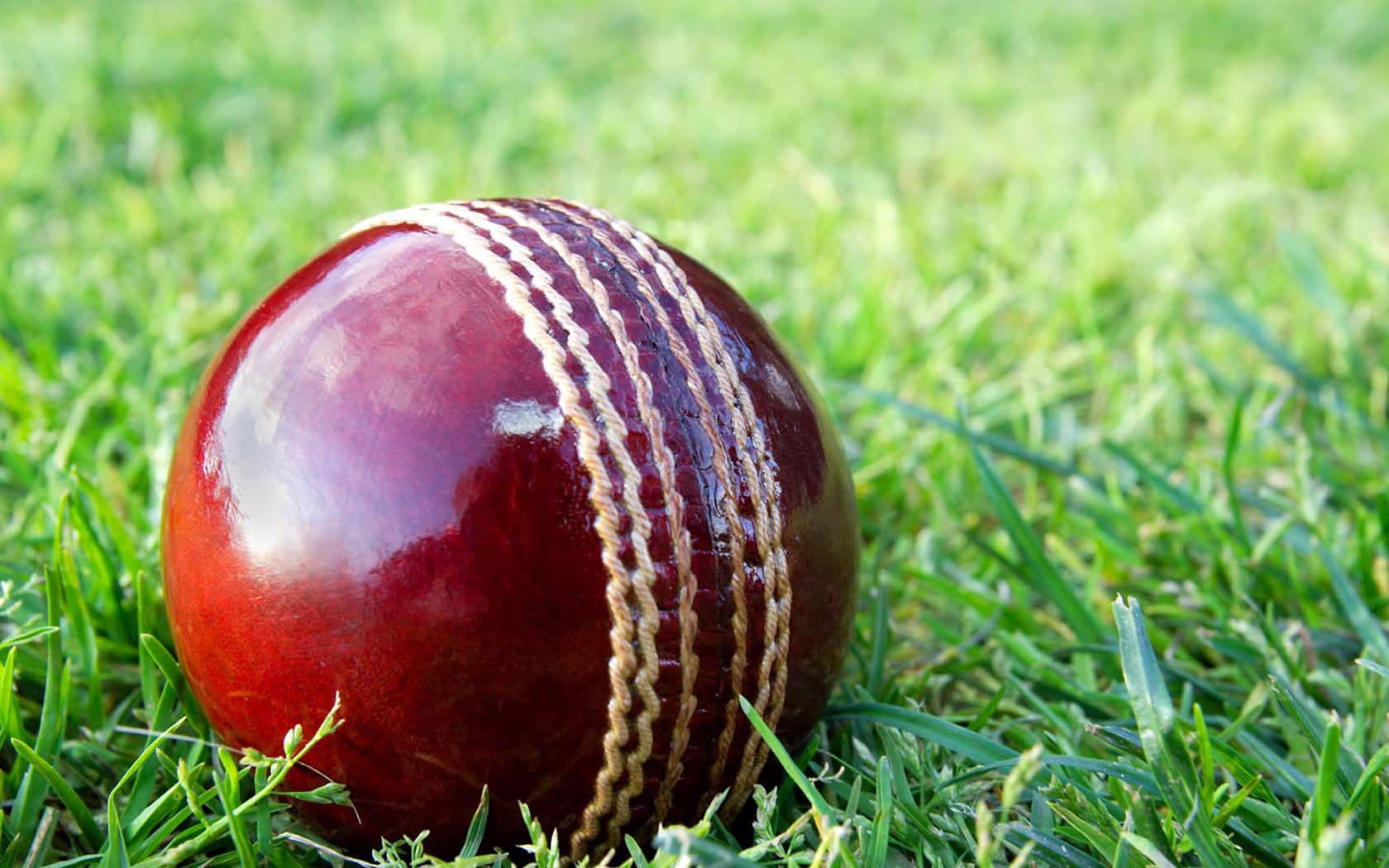 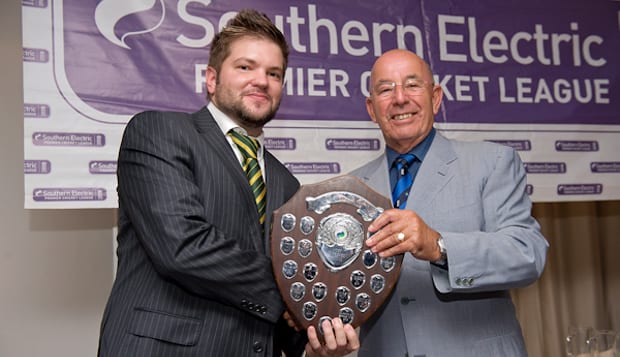 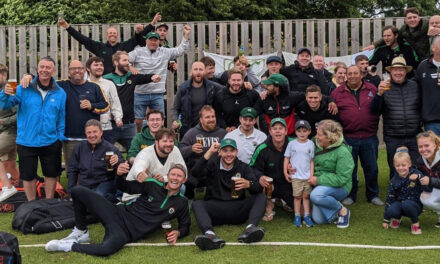 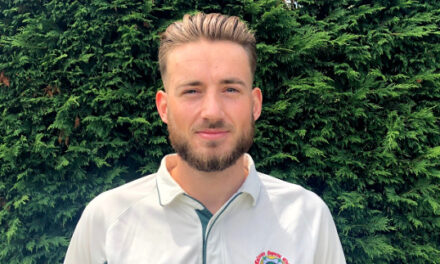