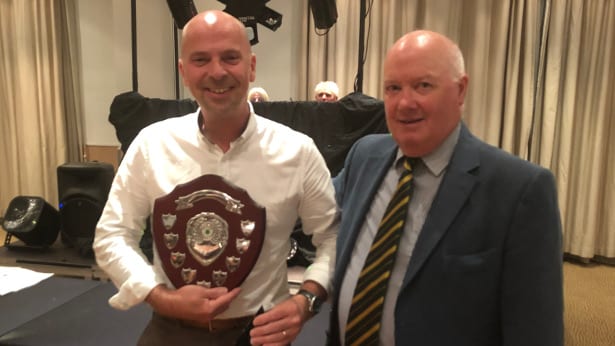 On another highly successful and enjoyable Calmore Sports Club Presentation awards night, it was the Johns family that stole the show!

The hard working Dave Johns was crowned “Club Person of the Year” for 2019 with Club Chairman Pete Lavelle lavishing praise for the extraordinary effort that Dave puts into the club – from being a long-standing member of the club committee to bar work, tea provider, handyman amongst many other roles that he puts in voluntarily for the club. It is nothing more than he deserves – congratulations Dave.

The Johns family took quite some silverware home with Ben taking the 1st XI Batsman of the Year shield as well as the Yorkshireman Trophy and the Southern Premier League Division 1 Player of the Month for August.

Ryan Lomax was rewarded for his excellent work in the Second XI this season with the bat with the “Most Improved Player” award.

The club would like to thank Darren and Caroline Vann for the efforts in organising such a superb event at the Novotel in Southampton to mark the end of the 2019 season.