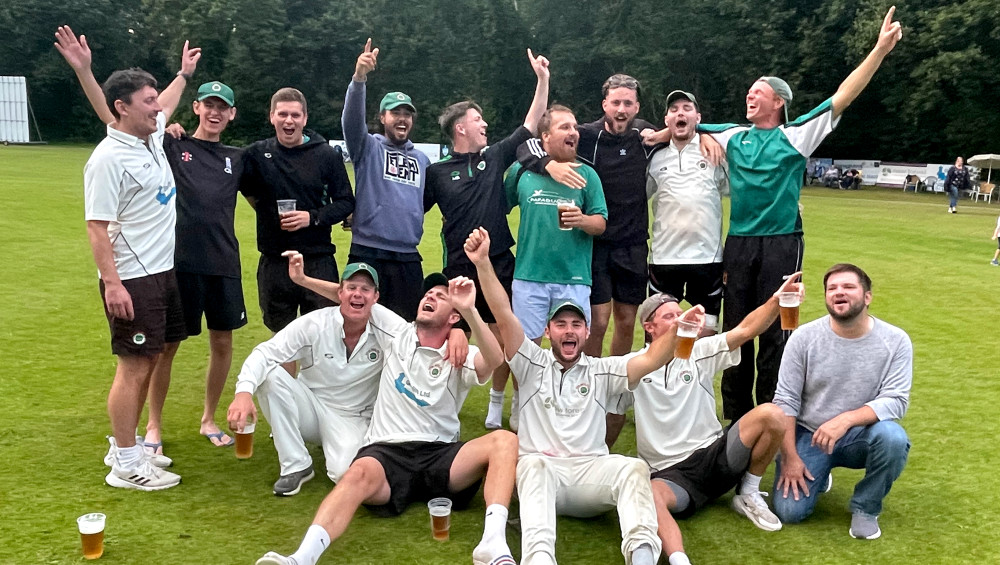 Put this date in your diaries – Sunday 19th September 2021 – because that is the date that Calmore Sports Club are going to Lord’s to play in the Final of the Voneus National Village Knockout.

Yes, it’s true, we did it with a truly professional performance to hammer Stoke Green by 10 wickets with some 85 balls to spare in Sunday’s semi-final that not even a heavy shower and a two hour rain break could spoil.

Special does not cover it.  This is monumental for the team, the club, the community, everyone and it has been achieved with 15 players, Calmore to the core, loving their cricket with their mates and enjoying each others success.

On an overcast afternoon at Loperwood Park – a complete contrast to the sundrenched day we enjoyed for the quarter-final win over Rockhampton – Calmore won the toss and asked Stoke Green to bat first in the hope of restricting the free scoring Buckinghamshire visitors on the fresh, unused pitch.

And restrict they did in superb style as Hashim Hussain was trapped leg before by the ever reliable Steve Wright at the end of the first over of the innings before the early introduction of spin, in the guise of skipper Mark Lavelle, coming on from the Piper’s Bank End (or down the hill) ended a threatening stand of 32 as both Jamie Odell (16) and Saqlain Basharat (8) perished in exactly the same way – caught by Will Brewster at mid off to put the captain on a hat-trick eight balls apart.

The visitors were struggling to time the ball or swing their arms as is their want although Bhacho and Gagan Singh tried to pull the game back from 52-4 with a solid stand of 37.  But Calmore were continuing to spin a web around the visitors as Lavelle (4-20) and the hugely impressive 20-year-old Liam Carty (4-21) rushed Stoke Green out for just 117 despite Faeez Shamsi swinging two big sixes into the practice nets for a little bit of late resistance.

There was an air of satisfaction and confidence around the ground that the mediocre target would be knocked off with ease and that the dream trip to Lord’s was on the horizon.  But there was something else on the horizon that would have a say … a very black cloud that would dump a soaking upon Loperwood Park in the eighth over with Calmore at 24-0.

It was a devastating sight for the healthy home crowd, sheltering under whatever they could find but the visitors felt they could be handed a second bite of the cherry with an abandonment to force a replay in Slough next week.

What followed was hard work, perseverance, local community coming to help and some small but isolated scenes of unnecessary from both sides.  Take a bow Chairman Pete Lavelle, groundsman Dave Bourne and three players from the sidelines – Ryan Lomax, Adam Pattison and Jack Austin – who all put in a sizable shift to get the ground back to being playable.  But it would not have been possible either without the loan of a super sopper from Totton and Eling Cricket Club and the use of some sawdust brought to the ground by Josh Metcalfe from Paultons Cricket Club plus the efforts of the Jewer family – now at Cadnam – and a player who had put the 1st XI to the sword just 24 hours previously, Rowledge’s David Lloyd, who came out and helped fork the outfield.

It was the local cricket community spirit at its very finest and was not and will not be forgotten.

Just two hours and 15 minutes later, the two umpires, Denis Emery and David Bull announced that play would recommence – there being no time limit within the regulations and the game would be played to its conclusion of 40 overs.

No-one had left and no-one wanted to as the openers Will Brewster and Ben Johns played the perfect innings in the conditions, attacking the loose ball and playing out the better ones.  There was plenty of time in the game and there was 14.1 overs left when Johns smashed the ball into the outfield for three to seal the win by a mammoth ten wickets.

Both went past 50 – Brewster first, making 53 while Johns’ three to win the game came off the next ball he brought his half-century up.  Both were innings of class and skill to nullify everything that the Stoke Green bowlers threw at them while the umpires resisted all that the visitors bowlers hurled their way too!

Johns’ three set off wild celebrations and emotional scenes in equal measure.  At our first attempt in the competition, Calmore Sports Club will be walking through the Grace Gates and through the Long Room at the Home of Cricket, the famous Lord’s Cricket Ground on Sunday 19th September where we will be up against either Cheshire County League Division 2 side Alvanley or the Pembroke County League Division 1 outfit Neyland.

There are no words that can describe this feeling as a club.  We entered the competition with little expectation but as Clive Surry said in his interview before it started, you have to get everyone buying into it if you want to be successful.  He knew, he won the competition with Hursley Park in 1992.  And that is exactly what has happened – the players have bought in.  Just 15 players have been used across the seven games to this point and it has been a huge team effort – not just relying on a couple of players stepping up to the plate.

It has been a joy to watch but there is still a job to do … there is a space in the Loperwood Park trophy cabinet that needs filling.

A day out at Lord’s is all very nice – but now let’s make it a winning one! 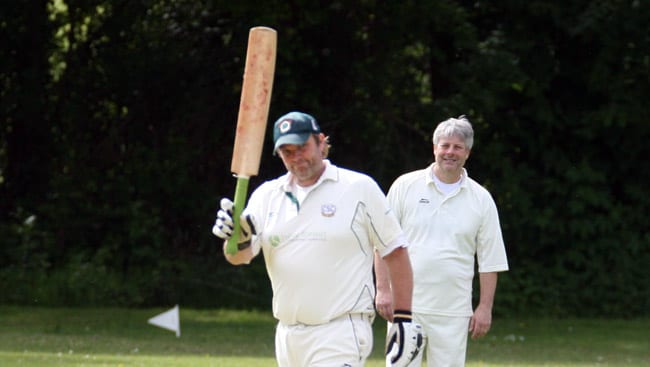 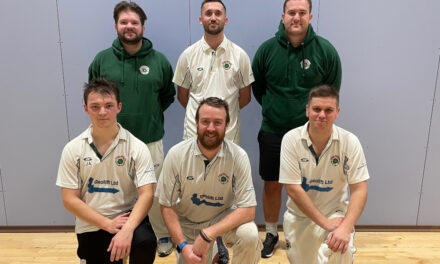 Two from two for Calmore indoors 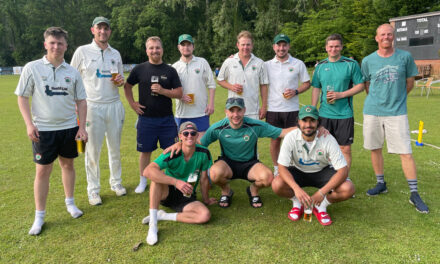